No one likes to be blamed for the mistakes. This is especially true for software engineers. Over the years they came up with countless ideas which make software development less fragile and error-prone. It is safe to say that ever growing number of precaution steps taken to maximize the quality of the product is what defines the best developers in the business.

In today's article, I will share a great and relatively easy way to verify whether an app works and looks as expected from the end user's perspective. We will learn how to automatically prove that all the features work and that the app's looks were not broken during the development.

Let's try to answer an example question to show what UI testing is and what are the motivations behind it.

Do we really need UI tests? If so, why? We already have unit tests...

UI testing serves a completely different purpose than unit testing. UI testing focuses heavily on the end-user. It verifies that the presentation is correct and that app's features are reachable and render correct output.

In comparison, unit testing focuses solely on what is visible to developers. It aims to prove that small chunks of source code work as intended and also verify whether their API is good enough. This means that unit and UI tests are complementary, not mutually exclusive.

With that many issues, is UI testing even worth considering?

In my opinion, yes. UI testing is critical in customer-facing environments, which mobile apps market certainly represents. All in all, UI testing proves that the application works from your prospect's perspective.

Fortunately for us, iOS devs, UI testing is completely different from what it used to be. During the last couple of months, a lot of great 3rd party tools emerged that make UI testing fun. This article will briefly explore these tools and show how to use them for maximum productivity.

XCUITest is a black-box testing utility. This means there is no way to communicate with application sources during testing. XCUITest requires creating a separate testing target. It exposes a special set of APIs dedicated for querying UI elements. Example test might look as follows:

Moreover, XCUITest offers test recording utility, which is a code generator based on user interactions. The feature works quite nicely, but it lacks the ability to specify assertions.

Unfortunately, XCUITest has a couple of really serious pain points:

Fortunately, testing the views' layout is easier than you might think. It can be done in no time with the help of snapshot tests.

Snapshot testing is a technique in which two rendered views are compared pixel by pixel. The test fails if an examined snapshot differs from the reference one.

Snapshot testing is a process supervised by a developer:

The easiest option to get snapshot testing for iOS applications is to use FBSnapshotTestCase. When using Cocoapods, integrating the framework is as easy as adding a single dependency to the test target:

and running pod install. Next, one has to define FB_REFERENCE_IMAGE_DIR and IMAGE_DIFF_DIR environment variables for the test target. This process is well documented in FBSnapshotTestCase readme.

Notice how we define recordMode = true to create a reference image. If we run the tests now, they will fail:

As error message states, this is the expected behavior. We should disable the recording now. This can be done by setting recordMode = false. The tests will pass now.

If at any point in the future the view gets broken:

The image is especially useful when trying to figure out what went wrong. Let's see the example: 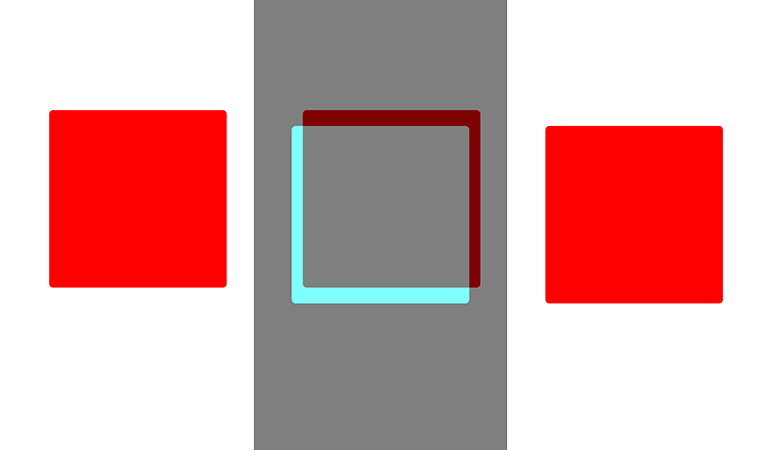 On the left-hand side, the expected view is presented. On the right-hand side - received view. In the middle, there is a visual diff between the two.

Reference images are an integral part of the snapshot test. It means that you have to commit them to the repository alongside the test sources.

As you might have noticed, in our snapshot test we have set view's frame to screen size using:

Obviously, such test will fail when executed on a device with different point screen size and/or pixel per point density. To fix that issue, you can tell FBSnapshotTestCase to record device agnostic snapshots. This means that the library will record and verify a single snapshot per <test, device type> pair.

To use device agnostic snapshots, simply add isDeviceAgnostic = true line to the setUp method of the snapshot test case:

Up until now, we have used FBSnapshotTestCase base class instead of XCTestCase for snapshot testing. What if we would like to use snapshot tests with the Quick framework?

Fortunately, there is an already implemented Nimble matcher for snapshot testing. It is called Nimble-Snapshots. The example spec is presented below:

The matcher works exactly the same way as FBSnapshotVerifyView counterpart does. It is possible to use device agnostic snapshots, too. In order to do that replace the matchers with:

What about non-static views?

Snapshot testing is great, but how do you use it with networking, animations or user-interactions? Let's suppose we have an animated detail controller, as shown below:

The animation is triggered in viewWillAppear: method of containing view controller:

After recording the initial snapshot the test passes. But what does it check? The question can be answered by examining ReferenceImages directory: 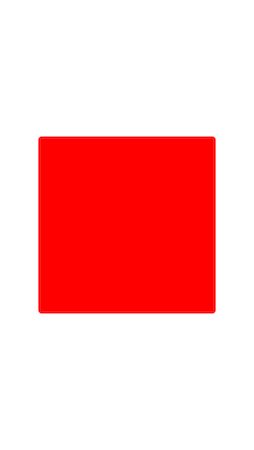 Obviously, the snapshot test doesn't assert too much. It only tests initial layout, completely ignoring the animation. No matter how badly the animation gets screwed, the test is guaranteed to pass.

The brute force approach to fixing this problem is to change the view controller's API. We could either introduce the method that skips the animation or that invokes a completion block when the animation is finished. However, adding a new feature that is used only for testing purposes is not the brightest idea.

Quick start with EarlGrey is covered in installation & running docs, so I will omit the setup and jump straight to the testing code. Let's analize the colors example again:

Our goal is to write a test that triggers the Animated Cyan cell tap, waits for the animation to complete and asserts whether Animation has finished label is visible:

Here is where the EarlGrey magic happens. Upon the tap:

Using typical UI testing framework, you would have to manually implement expect/wait combo that asserts Animation has finished text has appeared. EarlGrey automatically delays the matching until a target view is in a stable state. This means that the check:

will fire as soon as (but not until) the transition and the animation are finished, regardless of how much time it takes. The framework automatically takes over when the animations are finished, so there is no time delay for sleep/polling.

Up to this point, we have proven that the label is shown as a sign of animation being completed. But we still can't be sure whether the animated view looks exactly as expected. Is the rectangle visible? Does it have a correct shape? What is its background color?

Essentially, we are back to a problem that we have already solved with snapshots. Although EarlGrey has a built-in view snapshot feature, it is not something we can reuse easily. In order to do that, one would have to reimplement FBSnapshotTestCase's snapshot comparison logic.

Wouldn't it be amazing if we could somehow join FBSnapshotTest and EarlGrey together? I have got a great news for you! I have implemented a set of EarlGrey assertions which does that precisely. It is called EarlGreySnapshots.

Installation through CocoaPods is straightforward. Firstly, create a new target like you would usually do for your EarlGrey tests. Secondly, add following dependencies to that target:

Now, execute pod install command and create an empty test file. For the sake of colors example, let's see how we can redefine our EarlGrey test to assert against a snapshot instead of a text:

From now on, the code asserts if AnimatedRectangleView passes the snapshot test. Let's double check whether the reference image is truly produced in a stable post-animation state: 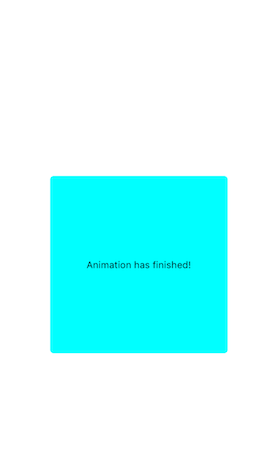 It is clear that the view state after the animation is asserted now.

EarlGrey together with EarlGreySnapshots can handle a plethora of scenarios that were not covered in this example post:

It is a great toolset to enforce correct behavior of the app. As opposed to traditional tooling, it is much easier to use and way less cumbersome to write:

I really recommend you to check it out now! 😉

Continuous delivery with Travis and fastlane

Continuous delivery is a key to a healthy communication with your customer.…

As you might already know [https://jakubturek.com/to-storyboard-or-not-to-storyboard/], I deliberately chose…